"The Sbanideratori butterflies, released from the hands of Sansepolcro "

In 1953 in Sansepolcro, a splendid Renaissance town in the heart of central Italy, the Società dei Balestrieri (crossbow association), which had been keeping alive the centuries-old tradition of the Palio della Balestra (crossbow tournament), decided to rediscover the ancient art of flag waving and went on to found a company of flag-wavers.

The Sansepolcro Flag-Wavers, were the first group to be formed in Italy and we are still the oldest of all groups involved similar activities. 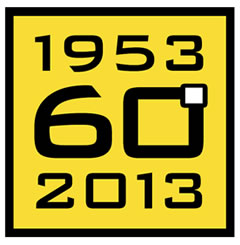 Since 1953, friendship and culture has been taken throughout Italy and the world.

Anywhere and everywhere, a community is recognised through certain symbols.

Badges, standards and flags are part of these symbols, which become a source of pride and unity among people.

Europe in the late Middle Ages was often afflicted by wars and the standard-bearing officers were those that led the troops into battle. These standards, armed with blades, gradually become real weapons.

In periods of peace, the standard-bearers would meet in order to develop and improve their techniques, and over time, greater emphasis was given to perfecting the routines and the spectacle.

And it was thus that the flag wavers came to be. 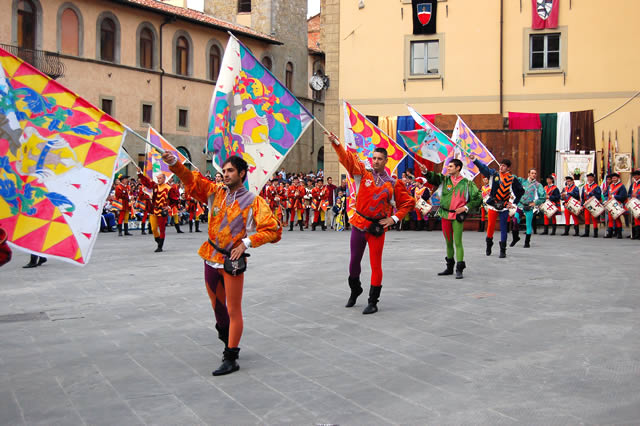 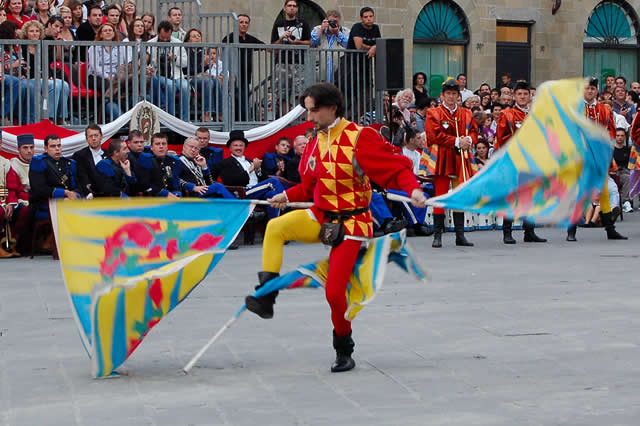 The group, made up of flag-wavers, drummers and trumpeters, uses hand-painted flags and wears costumes made by professional theatrical costumiers.
Every second Saturday in September, in the main square of the town, the group gives the town citizens and guests a complete display of their routines, over an evening dedicated to the Giochi di Bandiera (flag games).